Mike Fraser – author of the newly published book on the life of JMW (See above) will be giving a talk on JMW’s life and work. as part of the Berwick Literary Festival. Mike discusses what Wilson’s writings tell us about Berwick in 1834 and Britain then and now.
October 20th – 4:00 pm  £5.00 – Holy Trinity Parish Centre

Mike lives in Berwick upon Tweed and writes and lectures on Northumberland political history, including studies of Sir William Beveridge and Sir Charles Trevelyan. He now turns his attention to a native of Berwick and his writings.
John Mackay Wilson (1804-1835) was the writer of Tales of the Borders and Editor of the Berwick Advertiser 1832-1835. At this turbulent stage in British history Wilson wrote his popular Tales, transformed the Advertiser and wrote controversial editorials on Grey, Peel, Wellington, the Great Reform Act, religion, trade unions, the Poor Law and the role of Freemen. Quoting extensively from Wilson’s prose and poetry Mike, in the first extended examination of Wilson’s life and work, discusses what his writings tell us about Berwick and Britain at the dawn of the modern age.

Praise for Mike’s Sir William Beveridge: the Man, the Report and the Berwick Division –
“I think it is terrific” – Steve Richards, Political Commentator

Newsletter 54 has been sent to all of our subscribers.

Newsletter 53 has been sent to all of our subscribers.

Newsletter 52 has been sent to all of our subscribers.

We are pleased to announce that Volume 4 of our Revival Edition of the tales is now available. 6 more original tales re-written and in one case re-imagined for a modern audience, together with companion pieces on their historic context and authenticity or otherwise.

The Fourth chapter of Wilson’s own Biography is included too, seeing him return to Berwick to take up his position at The Berwick Advertiser.

We also include original illustrations and new ones contributed by Berwick artists and a special series of illustrations from Scottish Comic illustrator , Charles Nasmyth, together with photographs of some of the places and people associated with the tales.

19 people have contributed to the publication of this issue which like the original’s gives it an interesting character and a community of interest in the project and Wilson’s works .

Books are  being distributed through our usual outlets and are now with Greives in Berwick and available from Greaves West & Ayre office.

For those wanting a copy posted to them directly, please send a cheque for £10 (8.50 +1.50 p&p) payable to “The Wilson’s tales project” , with an address label to: The Wilson’s Tales Project,  Mill Farm, Tweedmouth, Berwick-upon-Tweed TD15 2HP.

See what The Wilson’s Tales Project has been up to recently: 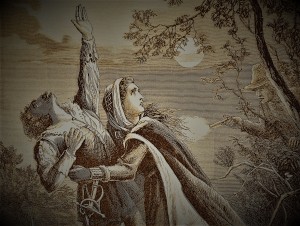 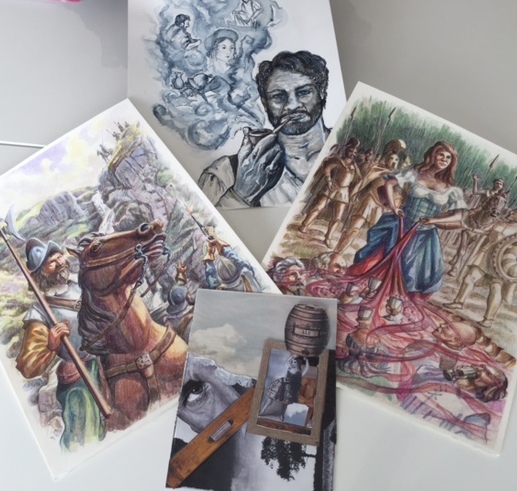 The Wilson’s Tales Project has been awarded funding from Arts Council England Literature and Grants for the Arts, and the Northumberland Coast Sustainable Development Fund for ‘Tales with a Twist‘, incorporating the publication of Volume 4 of Wilson’s Tales of The Borders which will include 6 new interpretations of the tales and 3 new stories by young writers, with original illustrations (See attached)

The funding will also support a performance of ‘The Disasters of Johnny Armstrong’ by Northumberland Theatre Company and ballad singer Poppy Holden singing ‘Fair Helen of Kirkconnel’ at the Watchtower, Berwick-upon Tweed on 19th October.

To place an advance order for Volume 4 or for further information contact ana@gwayre.co.uk 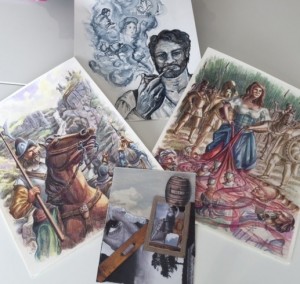 The Wilson’s Tales Project has been invited to provide copies of Wilson’s Tales Volume 3 to major national libraries: The Bodleian Library, Oxford; National Library of Wales; National Library of Scotland; Trinity College Dublin in addition to The British Library. This is wonderful recognition for the Tales which are re-presented in these volumes to be enjoyed by current and future generations. The Volume also includes new stories selected from a competition for local school children. Volume 4 will be published and launched in October at The Berwick Literary Festival. To secure your copy of Volume 3 or place an advance order for Volume 4 contact ana@gwayre.co.uk

An event to support the publication is planned for 19th October 2017 with a performance by professional theatre company NTC and a Young People’s Theatre Group. Watch this space for more information! 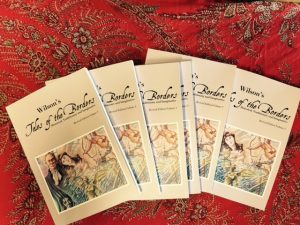