Tickets for our events at Paxton House on the 7th of September are now Live on the Maltings Website! You can buy tickets for the 3pm performance, Border Ballads and Stories and the Hume Tales, here and for the 7:30pm performcance, Wilson’s Tales of The Borders – A Renaissance of local Heritage here

Border Ballads and Stories and the Hume Tales wil be opened by Jim Herbert, a renowned local historian, talking about The Tradition of Border tales: Burns, Walter Scott and Wilson’s legacy. Storyteller John Nichol will then perform Hume, The Governor of Berwick and Sir Patrick Hume: A Tale of the House of Marchmount. The show will finish with an exclusive first ever performance of The Ballad of the World’s Vanity , adapted to music by Anna Emmins, Electric Penelope’s alter-ego. This will be followed by a question and answer opportunity

Wilson’s Tales of The Borders – A Renaissance of local Heritage will be opened by Project Director Andrew Ayre, with a focus on Wilson’s Tales: The local Legacy; The Man, The Tales and Their Context. He will be followed by another story in the shape of Mary Kenny telling The Vacant Chair. Acclaimed local playwright Robert Wilkinson and his actors will then bring The Lawyer’s Tale: Lord Kaimes’ Puzzle to life through Robert’s polished radio play style. Emmins will again finish preceedings with The Ballad of the World’s Vanity followed by a question and answer opportunity.

Both events will be in the Music room at Paxton House, which Anna Emmins says has “fabulous acoustics”. Read our interview with her here. The running order for each event is on our events page 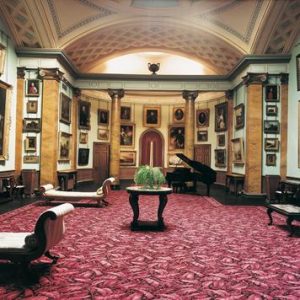